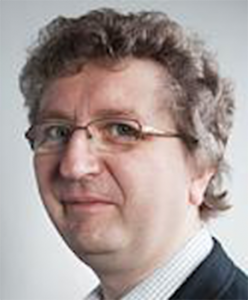 Gareth Jones is Professor in the School of Computing at Dublin City University (DCU) Ireland, and Principal Investigator at the ADAPT SFI Research Centre. He holds a PhD from the University of Bristol, and has been on the academic staff at DCU since 2003. Prior to joining DCU he held posts at the University of Cambridge and the University of Exeter, and was a Toshiba Fellow at the Toshiba Corporation R&D Center in Japan. His PhD focused on the integration of speech and language technologies for automatic speech recognition. He has subsequently focused on research in search technologies with a particular focus on spoken content retrieval, where he has worked on the integration of acoustic, speech and language features to improve search effectiveness in a range of application areas. He is highly engaged with international research communities in language and multimedia technologies. In 2010 he co-founded the annual MediaEval multimedia evaluation benchmark campaign series, and has coordinated many tasks at MediaEval and other international research benchmarking campaigns. He was co-Programme Chair of ACM CIKM 2010 and ECIR 2011, and co-General Chair of ACM SIGIR 2013 and CLEF 2017, both held in Dublin. ACM SIGIR 2013 received the IAPCO International Client Award in 2014.